A Look Into Video Games: Batman Beyond: Return of the Joker 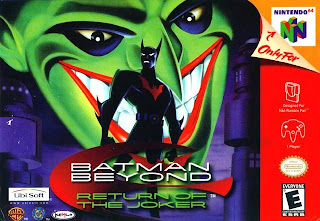 During the turn of the millennium, the Batman animated shows had come to a close, but a new one called Batman Beyond had started. It was set in the distant future where an elderly Bruce Wayne recruits a young man named Terry McGinnis to become the Batman of the future. In 2000 they made an animated movie called Batman Beyond: Return of the Joker which showed Batman's greatest nemesis return to torment the new Gotham. The movie was well praised, however the video game based on the movie was almost universally hated. 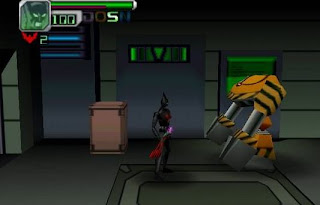 The game played in a similar fashion to games like Final Fight and Double Dragon. You had the option to use four differnt batsuits (all with different abilities) to fight your way through each of the levels. 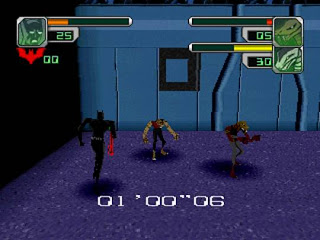 Batman Beyond: Return of the Joker came out on N64 and PS1, and oddly enough the PS1 version was considered the inferior version in graphics. Though it didn't really matter as many critics and gamers hated both versions of the game for sub-par visuals, boring game-play, and an overall terrible adventure. 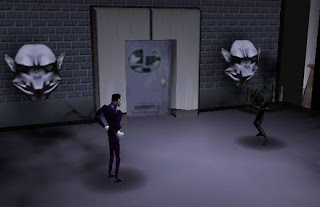 Now thinking about it, this may be Batman's equivalent to Superman 64. It's not hard to figure that the N64 was the wrong platform for games based on DC comics. Marvel came out rather lucky with the excellent N64 game Spider-Man.
Posted by Adam at 10:00 AM

I must tell my boyfriend about this!

I don't know much about the video game, but I sure did like the movie. :)

Did Mark Hammill do the voice acting for the Joker?

That spider man game was one of the best, but yeah this one sucked.

I try to avoid movie tie-ins like this for a reason.