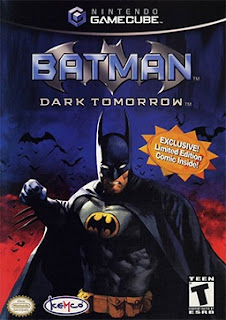 Before the awesome Arkham games, Batman had a less than stellar track-record with his video games. Usually better than his super-pal Clark Kent, but not by much. Batman: Dark Tomorrow was promised to be an awesome game with stellar graphics, fantastic game-play, and an incredible story but the final result was the complete opposite.

The plot was oddly very well received as it was written by a veteran comic book writer. The plot started out with Batman having to rescue Jim Gordon from the Joker in Arkham Asylum. But the true threat reveals to be a plan by Batman's nemesis Ra's al Ghul. 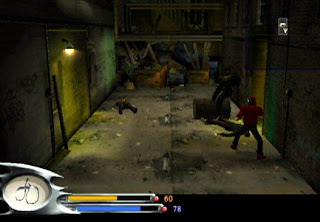 The game-play was the real fault to Batman: Dark Tomorrow. The camera angles were awful at best, the controls were confusing, and the combat was unnecessarily difficult. Defeating even common criminals was a challenge, and bosses showed no mercy. The game also had many of Batman's gadgets and gear, but getting any of them to work properly was a miracle. 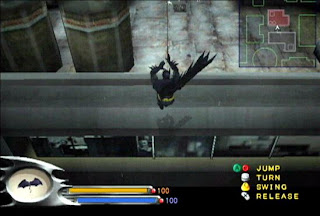 While Batman: Dark Tomorrow appeared to be the messiah of Batman games, it turned out to be the polar opposite. To this day it's often listed as the worst Batman game ever made. The only redeeming quality was the plot which ironically motivated players to play through to the end.
Posted by Adam at 3:00 PM

An informative review, Adam! Bejeweled is about what I have time to handle! Have a good one!

I never even bothered to finish this one

Why do I like Batman better over other super heroes !