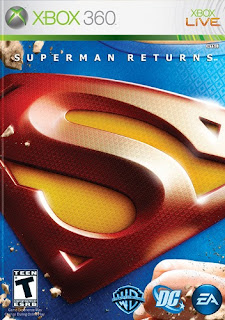 With about two decades of terrible games, Superman has built quite the bad reputation for gamers. Ironically the only major game to be based solely on one of the films was the last Superman game (not counting DC Comics or Justice League) in 2006. With the new film Superman Returns premiering in 2006, EA decided to make a game to compliment the new movie. 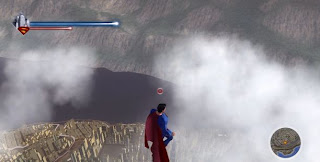 However Superman Returns the video game is loosely based on the film of the same name. Some parts of the story-line are kept, but it's mostly newly added villains and events. While Lex Luthor was the main antagonist of the film, they included villains like Metallo and Bizarro from the comic books. 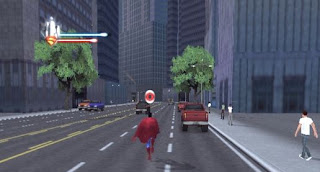 In addition to the 360 version, EA also churned out versions on PS2 and Xbox. While the 360 sported the best graphics, all editions had Superman flying around in a very detailed Metropolis similar to New York City in Spider-Man 2. Except despite a few notable encounters with famous super-foes, the game was mostly random missions and fights with dragons and robots.

While most gamers liked flying-around and using super-powers, most critics otherwise panned Superman Returns. Most the common complaints were bad controls, boring missions, and the ridiculous fact that the final boss was a tornado. Never had the chance to play it, but I'm glad this was the last major game starring the Man of Steel as of 2013.
Posted by Adam at 11:22 PM

well, is there any iron man version of this

Sounds interesting, but probably a no go for my girls. They are all into the dance video games right now.