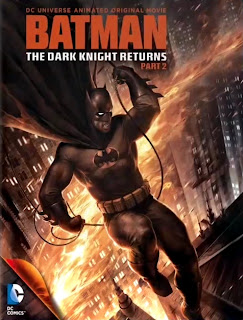 As a huge Batman fan, I was excited to see the first part of The Dark Knight Returns which was based on Frank Miller's comic. I loved it so I made sure I saw the final half as soon as possible. 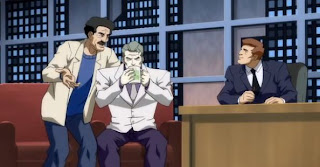 The film starts out with the Joker regaining his consciousness after years of being in a catatonic state. When he sees Batman's return from retirement, the Joker decides to give Batman (and Gotham) a series of terrible events. He eventually leads the Dark Knight into an epic battle that will settle things between the two. 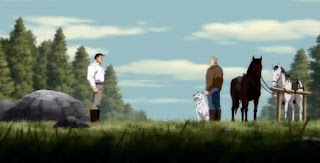 But Batman also has to deal with the fact that James Gordon has retired as police commissioner. His successor Ellen Yindel has declared a war on Batman, but that's not Bruce Wayne's biggest problem. His return from retirement has been noticed by the President of the United States, and Superman (the only approved superhero remaining) comes to tell Bruce that if things don't change then a battle between Batman and Superman will be inevitable. 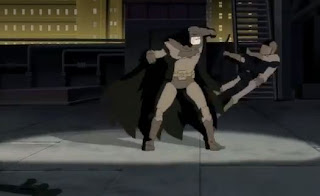 I thought the second part was an epic conclusion to the story. I really liked Joker's part of the tale, and thought this was one of Superman's finest moments. Two epic battles, and some of Batman's greatest actions make this one of my favorite films of the year.
Posted by Adam at 6:00 PM

Guess I'll be watching them both soon enough now.

So, the new Superman movie is here; so I here !

Can you believe that I have never seen a Batman film? My husband and I have decided to add them all to our Blockbuster Queue so we can get in the loop.

I liked the comic, I should watch the movie now :> I've seen some of the Batman animated features and the ones I've seen I loved