Fact of the Day: Monroe and Noah 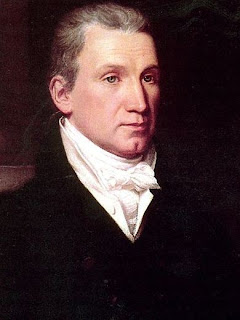 While little is known about President James Monroe's religious views, he did seem to hold some bias. When he served as Secretary of State under James Madison, he dismissed a man named Mordecai Manuel Noah from his small post simply because he was Jewish. Noah protested and gained letters from John Adams, Thomas Jefferson, and then-current president James Madison advocating the separation of church and state and religious tolerance.
Posted by Adam at 2:00 AM

Ah the long history of bias!

What an intolerant person! but the worse of this fact is that it could be real in our days too. Kisses and nice day, Adam:)

These biases still exist, although may be not as blatant:(

And its still around these days, pretty pathetic

Thanks for sharing! I never knew that.

I did not know that. That's really interesting.

I'm glad our country tried hard to remember separation of church and state despite these occasional lapses.

this pisses me off. it seems like some things haven't changed. we're still fighting the church and state battle.