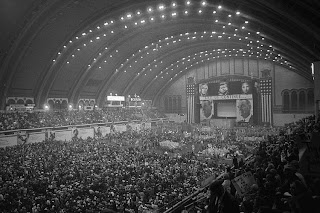 Email ThisBlogThis!Share to TwitterShare to FacebookShare to Pinterest
Labels: democrat, fact of the day, politics

recalls Churchill's famous dictum: "Democracy is the worst form of government, except for all those other forms that have been tried from time to time." (from a House of Commons speech on Nov. 11, 1947

That party has done well then to be still here today.

If I'm American, I'd be a Democrat.

Didn't recall the year, but that one I knew.

I didn't know that. Thanks!

What's the old saying? "I don't belong to any organized political party. I'm a democrat."

I'm going to have a whole lot of interesting facts stuck in my head the more I come by here :)

I had no idea the party was so old.

That was from the comedic Will Rogers