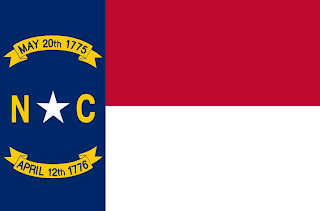 Living the upstate area of South Carolina, I often visit and know people who live in southern North Carolina. While I'm ashamed that my state blindly votes Republican in virtually every election, I do admire that NC voters have shown some independent thought even though 2010 and 2012 weren't great election years. But to my horror I came across news that 2 state law-makers were attempting to violate the separation of church and state and establish NC's own state religion. 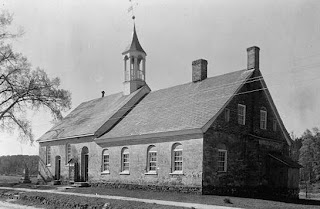 The two lawmakers are Rep. Carl Ford (R-China Grove) and Rep. Harry Warren (R-Salisbury) both of whom filed a bill claiming that parts of the 1st Amendment (more specifically the separation of church and state) doesn't apply to states claiming each of the 50 are sovereign. The bill also claimed that states were free from control of federal courts (which would include the U.S. Supreme Court I believe) which is not only idiotic but makes you wonder if Rep. Ford and Rep. Warren believe they live in the 19th century civil war era. 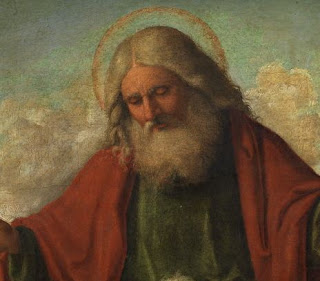 North Carolina is no stranger to oppression either, as the NC state constitution forbids anyone who doesn't believe in God to hold public office. An obvious unconstitutional move that violates the No Religious Test Clause of the federal Constitution. It can't be enforced as the Supreme Court struck it down ages ago. 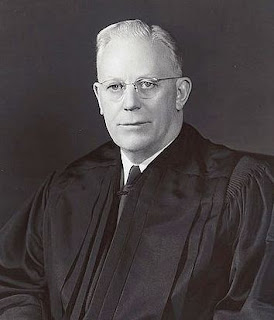 I'm thankful for the civil liberties granted to us by Supreme Court decisions especially in the Earl Warren era. The government (federal, state, local) should never endorse or give any privilege to any religion or faith. All laws must be secular, and free from bias. 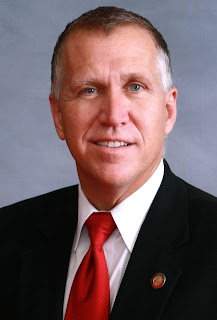 Thankfully Speaker of the House in North Carolina Thom Tillis (R-Charlotte) stopped the bill from being voted on since it was easily going to start up controversy and cost the state not only reputation but enormous costs in court cases. But we can never rest easy, as a lot of people are like the founding fathers most of whom believed in the freedom of religion. Then we have another group that are much like the old Puritans who fled to America for their freedom but had no problems enforcing their dogma upon everyone else.
Posted by Adam at 9:57 PM

Excellent post, Adam!!! I can't believe they actually tried to do that. Holey Moley! I didn't hear it in the news or anything.

Well I suppose it was done because of the fear of Islam because once that is established , Islam doesn't care what you think or the constitution. This is what people don;t understand. They are here to use your laws against you.
You see our democracy works because we believe in the same things basically with a few differences. We have never faced the Islam problem and the way they expand themselves. Islam is peace as long as you do what they say or face death yourself. This hasn't changed throughout time.The Republican Party is always against Invasion of America. You have the rights you have because they defend them. The democrats are more for spending money for votes like the liberals are here in Canada. They like to see dependent people because this they can work with. Dependent people are enslaved people. You have to be careful Adam.

Great post! I believe religion should not have any political power. It is something people practice - or don't practice - privately.

I'm glad it didn't make a splash even in my local news. South Carolina doesn't need any more dumb ideas.

No for once Republicans weren't acting out in a panic of paranoid Islamophobia. No they filed this bill so they could have their own religious freedom, and by that I mean they want to force Jesus down everyone's throats.

Despite George W. Bush's one dimensional view of freedom vs non-freedom, and good vs. evil. I wouldn't call the Republican Party the defenders of American freedom. That would be like calling a McDonalds patron a leader in weight loss.

I'm honestly not really surprised. It wouldn't be too bad if they actually tried to make it a law just to see the Supreme Court smack it down.