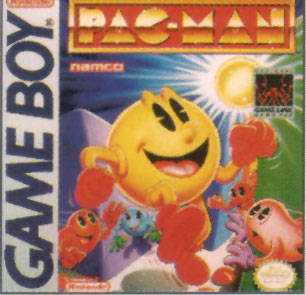 For many years I've been a fan of the Pac-Man series though sometimes I wonder why I bother. I got a 3DS a few months ago and I have been getting old Game Boy games that I missed from ages ago on it's Virtual Console. I noticed Pac-Man was available, and even though I wasn't expecting much I was curious to see how awful or surprising this version was. I remember loathing the NES Pac-Man. 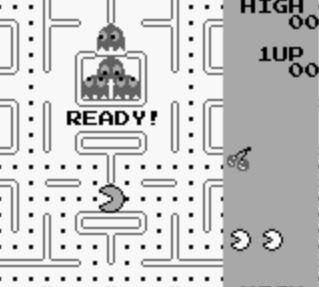 Like expected, Pac-Man on Game Boy is nearly identical to the original when it comes to the game-play. You have the same maze design, with all the ghosts and power-ups to go along. The stages move like they traditionally do with cut-scenes to mark progress, and different patterns for the ghosts. 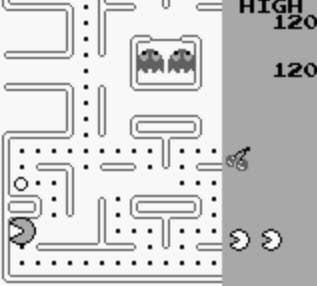 What's obviously not the same are the graphics. The lack of color is obvious given the platform, but what is quite odd is the the bar on the side marking things like your score and lives. Granted it's nice to know but did they have to take a good majority of the right side of the screen? 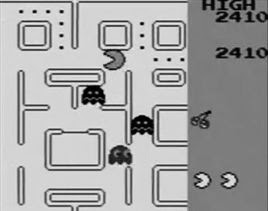 Frankly I did have some fun with Pac-Man on Game Boy, but the limited graphics, weak audio, and limited view really sets this version back. While I still prefer it over the NES version, it is nothing special. While Pac-Man may have been one of the first iconic video game characters, the lack of direction in the series doesn't make me doubt why Pac-Man hasn't been very relevant for over 20 years.

Yeah much of the same old same old

this is a classic!

I play Ms. Pacman on my iPad sometimes.

Oh, I remember Game Boy, my daughter used to play it all the time when she was a little girl! Have a nice weekend Adam!

Have a lovely weekend,

My daughter would get a huge kick out this! She actually wants an old NES.

Well there's only so much you can do with him. I mean, how much more exciting could you make him?

I love Pac Man! I downloaded it to my kindle, but it just isn't the same without using a controller.

yeah smartphone and tablet games are terrible when it comes to controls. I can see why Angry Birds is really the only real smash hit for that market.

Not my cup of tea, cheers Adam.

Pacman was the first arcade game I have ever played. I still remember it fondly.

Ms Pacman was my game back in the day.