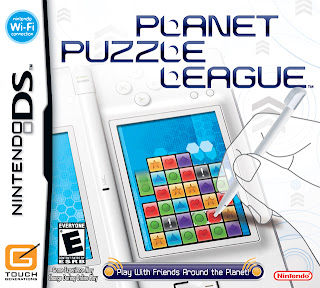 Back in 2007 I remember when Planet Puzzle League came out for the Nintendo DS. It gained notable attention in the United States as it was the latest sequel to Pokemon Puzzle League on N64, and Tetris Attack on SNES. In Japan the series is known as Panel de Pon, but in America Nintendo has merged it with other popular video game series to make it more appealing. I loved Tetris Attack so this was one of the games I asked my fiancee to get me for Christmas, though I took me a few months to finally play it. 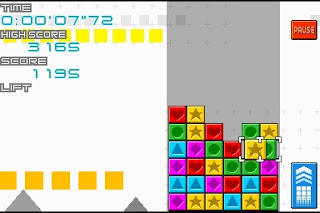 Despite it's original American release, Planet Puzzle League bears no direct relation to the classic puzzle game Tetris. Except the obvious inspiration virtually all puzzle games have taken from the 1980's classic. Planet Puzzle League does play exactly like Tetris Attack on SNES where you must match at least 3 blocks of the same color. 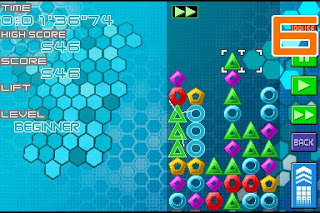 The core gameplay is solid, and they do throw in a few new modes to add a little variety. I really wanted to try Planet Puzzle League for the online play, but sadly I couldn't find a single match. After six years I guess I can't say I'm surprised. I do like how the stylus-control offers near-perfect control of your moves. 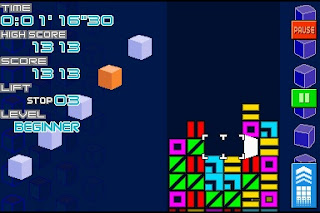 Though I would dare say using a stylus may make the game too easy. Adding the fact that I technically can't play against anyone online, I do say I'm disappointed. Planet Puzzle League may have been a notable sequel in 2007, but it's a rather plain experience for me especially after all my hours with Tetris Attack. I'm honestly hoping for a new version on 3DS since it could offer a new edition for a fresh community of gamers. Until then my favorite version is still the SNES original.

It is wonderful to have passions, Adam! Thanks for sharing yours!

This sounds like a cool game; I'm a huge fan of Tetris. Thanks for the review!

Was enjoyable on the snes, only one I ever played

Thanks for this great review, I am a big fan of Tetris. Thanks also for the visit and for following my blog. I have enjoyed dropping by here and have also become a follower.

I like these types of puzzle games. Thanks for the review. Enjoy playing.

I love puzzle games! Though I hate that darn candy crush saga mentioned above. I am stuck on one level that I just can't seem to beat lol.