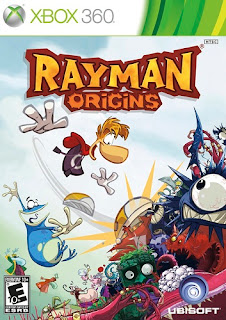 While Rayman might be one of Ubisoft's biggest hits, I'm actually quite new to the series. Rayman: Origins is actually my first game in the series unless you count a demo of Rayman 2 on Dreamcast. While Rayman 2 and Rayman 3 were fully 3D games, the original was a traditional 2D platformer. I could see why Rayman Origins wanted to go back to it's roots. 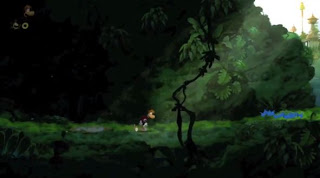 Though I couldn't compare how Origins stacks up to the original since this is my first Rayman game. I didn't know quite what to expect either. Progress is fairly simple as you must get Rayman from point A to point B until you reach the end of the stage. You actually start out rather powerless as rescuing magical maidens in each world will grant you the power to attack, swim, shrink, and more. 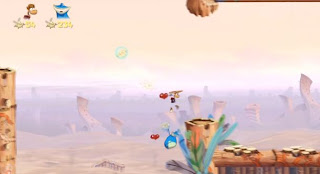 Each stage is filled with tricky jumps, lots of enemies, and many secrets within. You can also play co-op with friends though I sadly only played solo. I don't know if it was more difficult playing alone, but there were many parts that took me more than several tries. Luckily you re-start usually almost where you left off so it's no big deal. 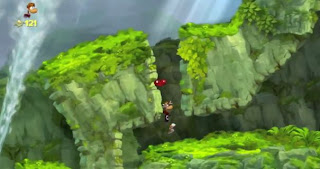 It's almost overwhelming on how many levels and secrets Rayman Origins features. Even if you can conquer each stage, Rayman must free enough electoons (similar to stars in Super Mario 64) to progress to new worlds. Which gives you motivation to re-play stages, and perhaps visit areas you overlooked the first go-around. In short, I was honestly shocked by how awesome Rayman: Origins was, and while it doesn't exactly compare to Super Mario World, I do think it's one of the best 2D platformers of this generation.

i even cant play xbox :(

that is my most favorite PS game back then!

I remember playing Rayman on my cousin's gameboy years ago. I feel old now.

I must really be out of the gaming loop. I've never heard of this one before.