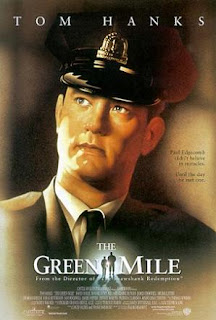 The Green Mile was originally a novel by Stephen King in 1996. I was surprised they never used his name when the movie came out, but I guess it was because it wasn't technically a horror film. 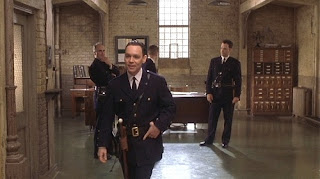 The story is set during a depression-era America in a prison's death row section. The main character is decent guy Paul who is one of the officers in charge of the inmates. Most of his co-workers are the same except this one jerk called Percy who gets his way because he's the nephew of the Governor. 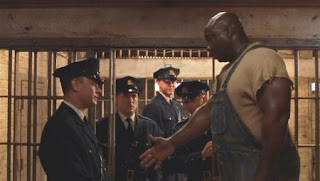 But most of the film's plot involves the other prisoners. Some of them you can pity, some are likable, and there will be one you can't wait to see go. But the most notable of all is John Coffee who is actually a gentle giant. You not only learn of his innocence but something far more incredible. 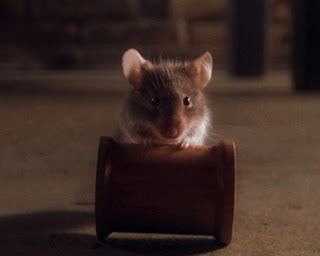 And who didn't love the mouse Mr. Jingles? One of my favorite films, and since it originated from Stephen King I'm not surprised.
Posted by Adam at 10:45 PM

a movie about the magical possibilities of life, of law vs justice, of compassion and healing. Good choice.

This is one of my husband's favourite movies.

I so love this movie, stephen king was indeed an out of the box writer no wonder he was
one of the most successful

I love this movie! I have the book, too, but haven't read it yet.

someone recommended it, and lent their copy of their movie, yrs ago. i thought it was so long, though. i felt kinda bad when she asked if i liked it.

This is one of my favourite films!! I was going to talk about it one sunday, belive me!!Kisses:)