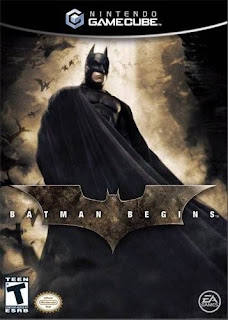 Back in 2005, the Dark Knight trilogy of Batman films began. Like most big movies at the time, there had to be a video game adaptation. Batman Begins the video game came out the same year, and it wasn't as horrible as you'd expect. 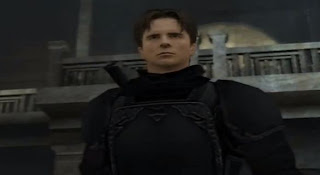 The game didn't stray too far from the plot of the film. It even includes Bruce Wayne's training as a ninja in the League of Shadows. The game also included clips from the actual movie as well. Surprisingly most of the film's cast also lent their voices for the game.

The game was mostly a mixture of stealth and action. Batman had many tricks and tools to use to take down some of Gotham's worst. Including gadgets that would provoke fear into Batman's foes before they even faced the Dark Knight himself. You also had the chance to pilot the Batmobile Tumbler from the movie as well. 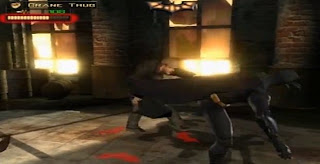 In the end Batman Begins recieved mixed reaction. Many Batman fans liked it while others thought it wasn't very special. Word had it that there was going to be a game based on The Dark Knight film, but I assume plans were cancelled in favor of the future-Arkham Asylum game.
Posted by Adam at 11:31 PM

in my case I think it was pretty cool

DWei is right, Arkham Asylum is the Batman game to play.