A Look Into Video Games: Spider-Man 2: The Sinister Six 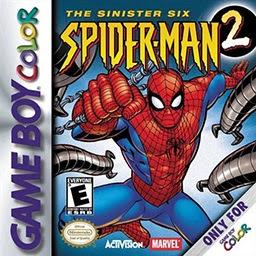 While the original Spider-Man for Game Boy Color was very much like an 2D version of the Spider-Man game for PS1/N64/Dreamcast, the sequels for both games were radically different. While the PS1 sequel starred Electro, the Game Boy Color sequel featured an different plot featuring Spider-Man's old villainous team The Sinister Six. 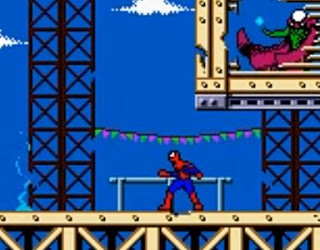 The plot of the game has Peter Parker's Aunt May being kidnapped by the Sinister Six. The group informs Parker to tell Spider-Man to go to a certain location or Aunt May's future could be in jeopardy. Since Parker is secretly Spider-Man he has no other choice. Despite expecting a dangerous trap, he must save his Aunt May. 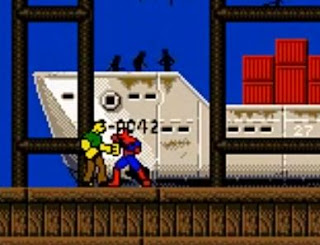 The game was pretty much the same deal as it's predecessor. A couple of levels with boss battles at the end. All of whom are part of the Sinister Six which include Mysterio, Sandman, Vulture, Scorpion, Kraven, and Doctor Octopus.  All the members were present in the original comic book version of the Sinister Six except Scorpion who took the place of Electro. I suppose Electro was too busy in his PS1 adventure. 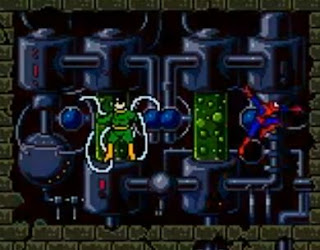 Like the original GBC Spider-Man game, fans were split  Those who enjoyed the first game also loved this sequel. Those who disliked the original were still unimpressed. While it may have had some fans, it seems this game too was rather forgotten.
Posted by Adam at 12:00 PM

I haven't played any of the Spiderman games and it looks like I haven't missed all that much.

online kasino king
Reading this post reminds me of my old room mate! He always kept talking about this. I will forward this article to him. Pretty sure he will have a good read. Thanks for sharing!


We are providing spider man toy and games at affordable prices. To know more visit us www.lovemysuperhero.com