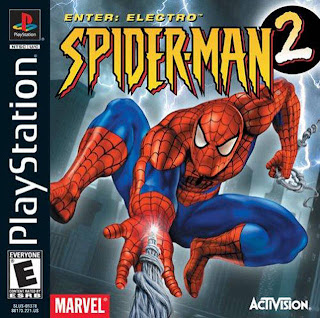 I had the original Spider-Man game on N64 and loved it. However back in 2001 I was disappointed to learn that the sequel Spider-Man 2: Enter Electro was a Playstation 1 exclusive. Because of this I had to miss it, and from what I hear that wasn't such a bad thing. 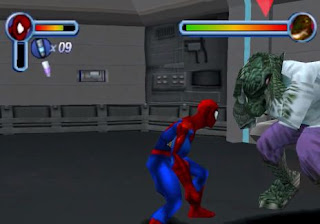 While the original game had a huge cast of Spider-Man's best friends and enemies, it seems Enter Electro got the rejects. Electro as the main villain? The final boss of the last game was Carnage fused with Doctor Ocotpus but seriously Electro? Well anways Electro does random evil stuff and his friends Shocker, and Lizard drop by to give Spider-Man a difficult time. 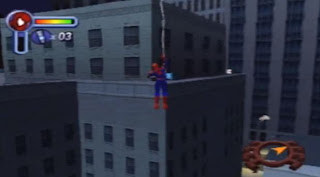 The gameplay was mostly the same, but you could actually explore New York City a little bit more. There was no mist that led to your ultimate doom, and there were levels that weren't totally confined to the rooftops and the rooms of tall buildings. 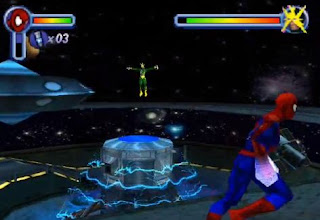 Overall in comparison to the original game, Enter Electro couldn't hold a candle when it came to fan reaction.  It received rather mixed reviews, and I honestly doubt anyone outside a small group thought it was better than the game before it. Even though I don't regret skipping it, I'd play it for a few laughs if I had the chance.
Posted by Adam at 12:00 PM

Yeah was not better than the first at all, but still playable

I think I may have played that one, not sure.

My kids would love this!

I never played this, I suck at games like this.