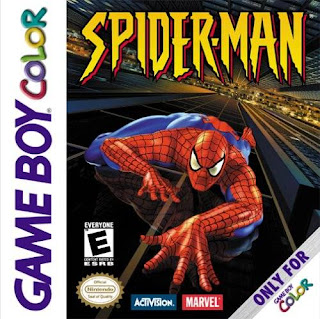 In 2000 Activision released the excellent Spider-Man game that was a big hit on the PS1, N64, and Dreamcast. But was lesser known was the version for Game Boy Color. While some places list as the same game, it's features unique levels and is in 2D. 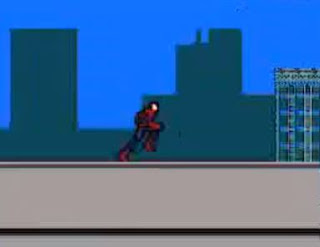 I figure what connects the handheld and console versions was a similar story. You obviously play as Spider-Man and you get the standard powers you'd expect. Like generic punches, web shots, and the ability to web-sling as well. 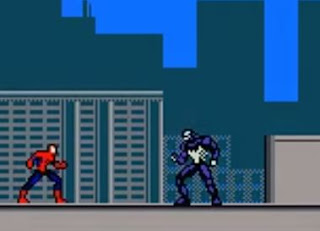 The levels were pretty straight-forward marches to the end. Once Spider-Man defeated everyday criminals, he would often face one of Marvel's greatest villains at the end. Many of whom include Doctor Octopus, Venom, and Carnage. 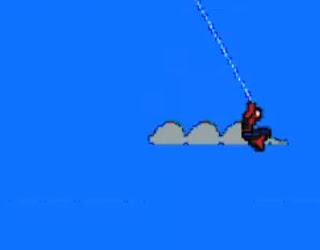 What is interesting was the split reaction of fans and critics alike over the game's quality. Many disliked it for it's tough difficulty, while those with the skill to conquer the levels gave it high praise. Regardless it seems this one was certainly overshadowed by it's big-brother console counterpart.
Posted by Adam at 12:00 PM

People whine too much about difficulty. rather have it hard then some easy thing that means nothing.

Never played this one, loved the console one though

My gosh, how graphics sure have changed!

You seem to be a real video game expert! Never played this game but I liked the movies :)

You remind me that i should watch the new Spiderman films!

I know who to ask now for a good game recommendation for my computer-crazy nephews!

i somehow feel that i have seen this before

i played that before... spider man is my favorite super hero! :)