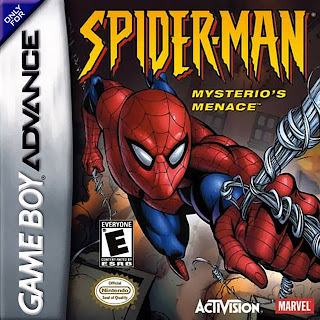 Out of all the super-heroes, Spider-Man has the best luck when it comes to video games. He had many great games, and Mysterio's Menace was the first Spider-Man game to release for the Game Boy Advance. 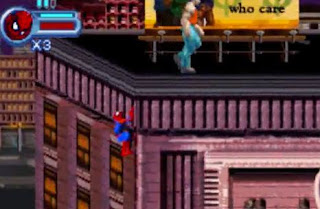 It actually had a lot in common with the first two Spider-Man games for Gameboy Color. It was a fairly simple side-scroller action platformer. You had most of Spider-Man's powers and abilities seen in the comics. You could also upgrade your suit and even get the Venom-symbiote suit near the end. 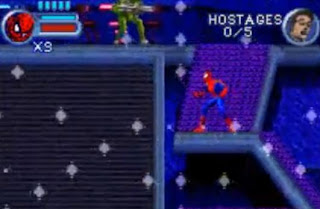 The game itself featured seven stages with a super-villain at the end serving as the boss. Some of whom including Rhino, Scorpion, Electro, and most obviously Mysterio. Which is mainly the rather lame foes of Spider-Man as great villains like Green Goblin, Venom, and Carnage don't appear. Mysterio is one of the dorkiest villains (in my opinion), so when he's the final boss don't expect a very menacing challenge. 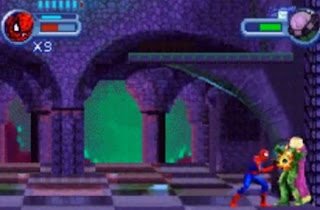 Ironically Mysterio's Menace actually received a lot of good reviews. Out of all the major publications, it seems only EGM wasn't terribly thrilled about it. Which would explain why I ignored it and practically forgot it existed. I would like to give it a try now.
Posted by Adam at 3:00 PM

I always loved spider man :)
New post is up on my blog you should have a look :)
oxoxoxo
Marie

Never bothered with this one either

I'd rather watch movies than play spiderman games haha