Fact of the Day: Separation of Church and State 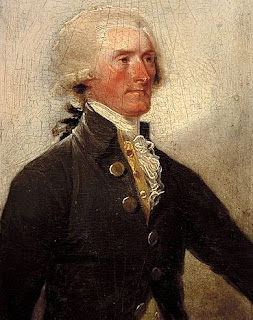 Here are his exact words "Believing with you that religion is a matter which lies solely between Man & his God, that he owes account to none other for his faith or his worship, that the legitimate powers of government reach actions only, & not opinions, I contemplate with sovereign reverence that act of the whole American people which declared that their legislature should "make no law respecting an establishment of religion, or prohibiting the free exercise thereof", thus building a wall of separation between Church & State."
Posted by Adam at 9:44 AM

I didn't know this. Thanks.

Wonderful!!! Great bit of trivia here and I always love learning these.

Great way to be

That's the first time I hear this. Very interesting. I'm in favour of religion and state being completely separate. Government is for all, religion is for whoever follows it.

This is near and dear to my heart and so very interesting.

There is no separation of church and state anyway in the United States. And what I mean by that is it's impossible. Religion and politics are so entwined with each other that it is an absolutely ridiculous concept to even suggest "let's keep religion and politics separate?" Yeah right. Sigh.

I like reading your American History posts, Adam. Brings me back memories of school, and it's always good to be knowledgable about the past.