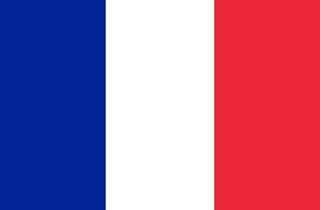 While marriage equality is getting approved by many new U.S. states, our friends in France have just given equal rights to all couples for the entire nation. The new president of France, Francois Hollande just signed a bill yesterday which passed both houses of French parliament, and has gotten approved by French courts.  Unlike the recent passage in Minnesota, France's bill will be effective in days. Hopefully the United Kingdom will follow soon as a bill has passed through one of their houses of parliament.
Posted by Adam at 12:00 PM

Marriage Equality is kind-of legal in here India, but homophobic attitudes persist, to such an extent that many LGBT individuals just don't come out in the open. I have yet to meet even one such individual, though I live in a smallish city.

More and more countries will join in this as time goes on. Slowly but surely.

Someday it will be a reality here too!

I am very proud to say that in my country, Spain, it is a reality years ago. I believe everyone has the right to choose his/her love. Kisses:)

well a huge step for having equal rights among all