Jason Collins is a Hero 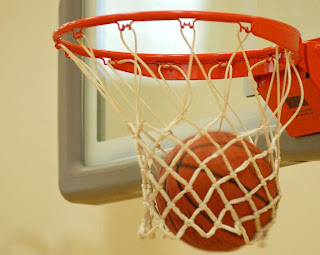 NBA Washington Wizards player Jason Collins announced to the world that he was gay just recently, and became the first major sports athlete (not retired) to do so. He also told why he picked his jersey number (#98) as it was to honor the late Matthew Shepard, a young man who was murdered in 1998 simply because he was gay. While tolerance and acceptance of the LGBT community has moved at a lightning pace since the last decade, there are still countless men and women who still suffer from bigotry and hatred. Collins has boldly and bravely become a symbol of hope and courage for everyone and I couldn't be prouder of him.
Posted by Adam at 2:01 PM

Email ThisBlogThis!Share to TwitterShare to FacebookShare to Pinterest
Labels: basketball, my thoughts on politics, politics

Yeah great thing to do, pathetic how many bigots are still around today.

Very courageous indeed, and someday I hope everyone can feel comfortable enough to just live life happily and openly without fear or embarrassment.

Mmmhmm. Thank you very much for posting this good sir. As a gay man, I thank you for the support you give to our community and to wonderful superstars like Jason Collins who have the strength and courage to stand up and say "I am gay."

he sure deserve the title of a hero! i salute his courage

Humanity evolves at a slow pace. But at least it's evolving. Hopefully all forms of bigotry will be a thing of the past one day.

he is brave and might have both benefits and problems because of this.

Isn't it amazing that this is even an issue still? Good for him for standing up and being true to himself. Hopefully it gives more people the courage to do the same!

My heart just hurts for my gay friends who have to deal with the prejudice and unfairness.