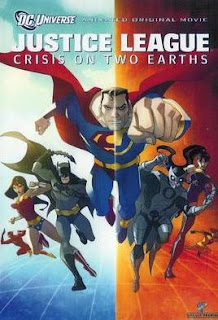 As many of you know that I've lately been catching up on a lot of superhero films and TV shows I've been missing out on over the years. When I heard of Justice League: Crisis on Two Earths, I was very excited as it shows the alternate universes that stayed mostly exclusive to the comic books story-lines. This one is about a interaction between two Earths where one Earth is completely backwards in almost every way. 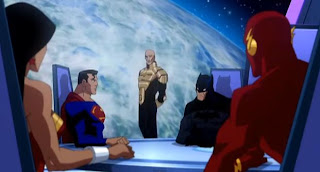 The movie starts out with Lex Luthor surrendering to police authorities in his high-tech suit demanding to see the Justice League. Superman and friends go down to see Lex and Superman easily figures out that this is not the Lex Luthor he fought several times. This Lex Luthor is from an parallel Earth where is the leader of the Justice League, and begs the other Justice League to save his world. 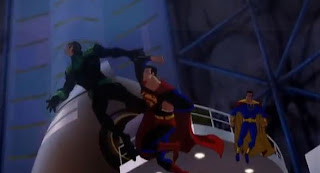 While Crisis on Two Earths doesn't give enough time and attention to all of it's characters, I just loved the story. Seeing a completely polarized world was fascinating and I couldn't get enough of it. I was also curious to see the good counterparts to DC super-villains  but sadly you only get to see two whom are the good Lex Luthor and the Jester (Joker) who makes a brief appearance. While it may not be the greatest DC original animated movie, I don't think any DC fan could dislike this one.
Posted by Adam at 12:00 PM

Yeah it wasn't amazing, but it sure was worth a watch


Hello! Very nice blog and interesting posts, great atmosphere.
Have a nice day. :)
Welcome to our blog about photography. +
I hope you also enjoy it with us.

"Do what you love is not even that, but anyway"

I have not been to a movie in so long probably would not know how to act. I enjoy a good one, but not many out there anymore. Your taste and mine are certainty different. But that's okay. We are not supposed to all like the same things.

this was kinda cool! it's like them vs themselves

It was a decent watch. Nice review.

Haven't seen it, but I do love Wonder Woman :)

What I've seen of it was pretty good :>