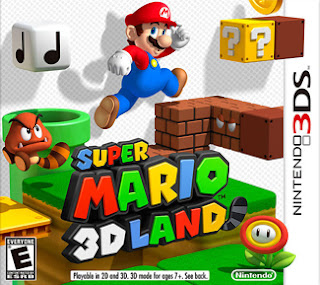 As many of you know, Mario is one of my favorite video game series ever. Since the original Super Mario Bros. I've been jumping over cliffs and defeating Bowser more times than you can count. I got a 3DS not terribly long ago, and outside Mario Kart 7 and a few Virtual Console games I don't have much for it. So I decided to get Super Mario 3D Land which was Mario's first adventure for the handheld. 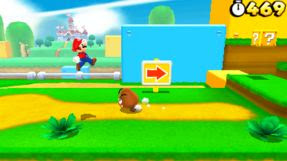 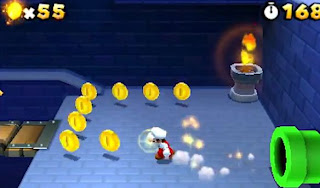 It actually works quite well so far. It switches back and forth between sections of levels so it adds a bit of variety. I only got two of the power-ups so far (fire-flower and tanooki) but I hear they're are brand new ones so I'm interested to see what kind of powers I'll be able to use. 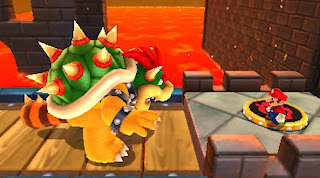 I just finished the first world, and I have to say I'm really enjoying my adventure so far. I'm hoping the next seven worlds offer even more imagination and challenge until I face the true Bowser at the final castle.
Posted by Adam at 8:49 PM

The graphics are pretty good for a handheld. Honestly, 10 years ago they weren't even half as good as this.