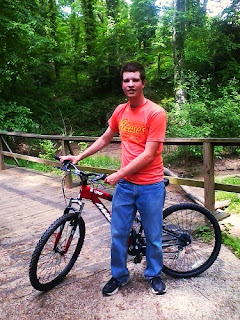 As many of my readers remember, I got me and Daisy bikes not terribly long ago. However we didn't get a chance to take them for a spin until last Friday. I chose a local place called Duncan Park as I'm familiar with the area as I spent many years playing baseball there. 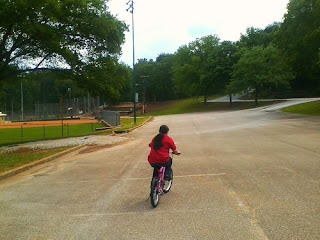 Daisy wasn't too confident with her skills as it's been years since she had a bike that works. So she had to get used to it again by taking a slow ride around the place. 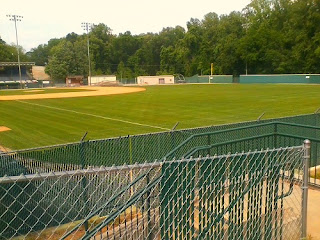 Once we got the actual nature trail, we saw a glimpse of the huge baseball stadium that used to host a minor league team. It's now the home stadium of a local high school, but I once played baseball there too. Brought back many memories. 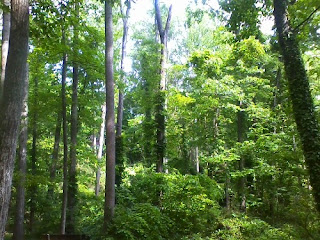 It didn't take terribly long to see the nature of the trail. It's nothing special in colder months, but it was beautiful in spring time. 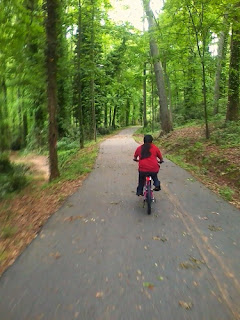 I made sure Daisy was in front, as if she happened to fall I'd be able to help her in an instant. 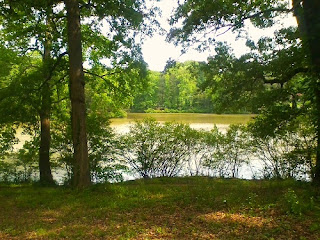 At the end of the trail you get to see the small lake. The water was rather murky looking, but I suppose the ducks didn't care. I could hear them quacking in the distance. 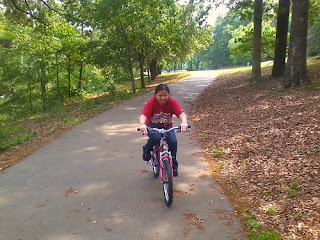 We rode the trail twice, which I figure was probably about a mile. 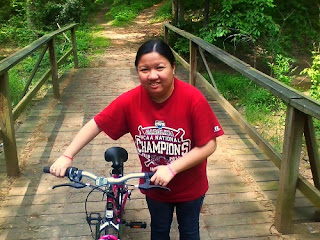 The park also has smaller trails made just for bicycles, though they were rather small and we decided to turn back and just go on the main path. 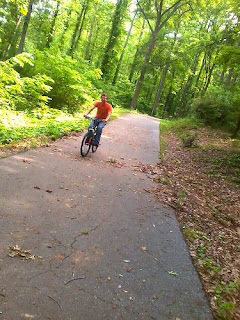 Even though we were only out for roughly an hour, we were worn out by the time we got to the car. It may be some time before we return, as I plan to visit the local park near Daisy's house next.
Posted by Adam at 12:00 PM

Looks like a fun nature ride, and quite the stadium too.

Such a wonderful forest!

It's good to start slow. I always find the worst part about breaking in bike riding is my butt! Ooh that hurts! *wink* Looks like a nice park! Glad you guys enjoyed the day!

What a beautiful spot, Adam! I am sure you two will get your biking skills back!

It looks beautiful. Bikeriding is such a feel-good thing to do. I look forward to more pictures.

What a beautiful park! You are so thoughtful of Daisy too, what a gentleman you are!

what a nice day out, and great exercise too!

We've got a bike trail in town, too. It is a fantastic way to pedal out for some exercise and see some nature.

A wonderful way to spend time together!

Yay for nice bike riding weather! I love your shirt!

it seems to be tiring yet fun,
in my case i might need to wear protective gears haha

such pretty photos adam! i knew you'd enjoy your bike ride. i'd be tired after an hour too. i'm looking forward to your next adventure. :)

nice to see you and Daisy looking happy in these pics, Adam!