Things I Hate: Spider-Man and the X-Men in Arcade's Revenge (SNES) 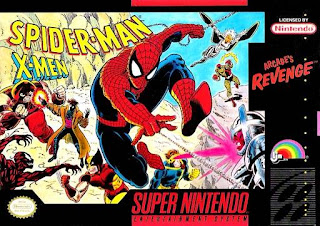 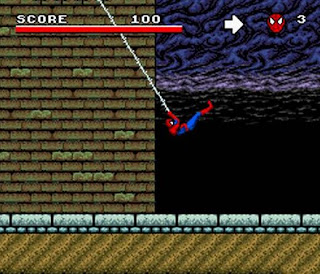 The game's plot had Spider-Man rescuing the X-Men (or some of them) from a villain named Arcade. Never heard of him before the game, but he's some random nerdy mad scientist or something. I honestly think Carnage or even Electro is a more menacing super-villain. 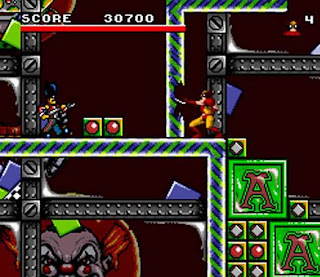 You could obviously play as members of the X-Men too later on. Mostly the popular ones like Wolverine, Gambit, and Storm. Each character had their own unique stages and powers. Spider-Man's stage was okay, Wolverine's claw range was microscopic, and Storm's stage was nearly impossible for me. 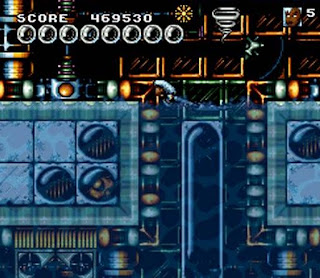 While it had enough superheroes and bad guys from Marvel to make a fan happy, the game-play was mediocre. The powers and difficulty were so unbalanced that it could hardly be enjoyed. Even in the 90's, there were some decent Marvel games, but this wasn't one of them.
Posted by Adam at 12:00 PM

I lol at the 3 games a year because I could so relate. Do you know how many times we played Duck Hunt and Mario Brothers, just waiting for Christmas to roll around so we would have something else to play? It was insane!

Luckily my grandparents owned a store that rented games, got to play them all. But yeah this one sucked.

Games are so much better today. These retro posts that you do really make me appreciate them.

When I was a kid, these were not around. I am always pleased to see your young face on my comments.

I thought that everyone had an enlightened view of Spiderman?

Oh, wow. I don't know this. But, the graphics remind me of Donkey Kong.

I don't know how I never played this game. I was all about SNES back in the day.

well that was made so long ago, perhaps that's why

I remember my older cousin had this game and I'd always want to play, but never got a chance to for more than like 5 minutes. That image of the cover brought back those immense feelings of excitement...then disappointment that always followed. =/

haha. good nostalgia there though.

I rented this from a local store way back when; my main memory was that the manual (yes, this place actually had the manuals for rental games!) had pictures from random back-issues to illustrate the characters. For some reason, instead of one that was remotely current, the Storm picture was from the cover of Giant-Sized X-Men #1 and had been very obviously colored over so it looked like she was wearing her modern costume.