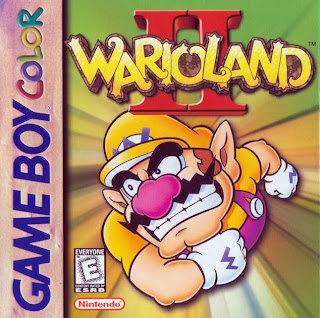 I had the original Wario Land as a child and it was one of my favorite games on the Nintendo Game Boy. I had defeated the final boss and found all secrets in the game. I actually never had a Game Boy Color so I had to miss out on Wario Land II, though I later learned you could play it on the older systems like Pokemon Gold and Silver just without color. I did get Wario Land 2 via the 3DS' Virtual Console and I didn't dig this sequel. 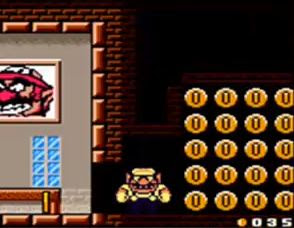 Wario Land II played a good bit like the original game except all the similarities to Super Mario Land 2 that the original game shared are almost absent. I don't mind a little originality, but I miss the old helmets you could wear that would give you special abilities. Instead Wario sorta reacts to the environment and enemies. 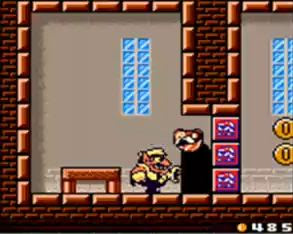 Wario Land II is almost like a puzzle-platformer. Going from point A to point B like Mario or Sonic won't get you very far here. You either have to find the correct path or find the proper method to conquer levels. Wario is also invincible in the game where he only loses coins if he gets hit. 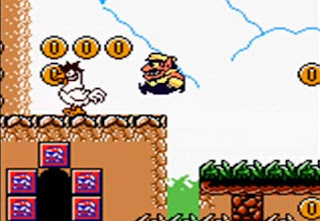 While I admired the sequel's take on creative ideas, the mindless coin collecting and levels were an dull experience for me. It may not be my cup of tea but I was really surprised on well the game was received by critics and gamers alike in the late 90's. I bet others would like it, but it's destroyed my desire to play Wario Land 3 and some of the other Wario games.
Posted by Adam at 3:00 PM

Hey, how are you? I'm Steven. I think your blog is awesome! I am following. Hope you can check out my site: http://www.the-proverbs.blogspot.com/ and FOLLOW. Thanks for your time, talk to you soon ;)

I never played this one.

I never played this game either, but now I am intrigued:-)
hugs from New York,
xx
Ask Erena
http://askerena.blogspot.com/

Never played this one!

Yeah the Wario Land with the helmets and stuff were loads of fun :>

well I'm quite amaze how such old games were still available