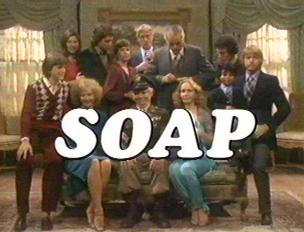 Soap was a TV series that ran between the late 70's to the early 80's. It was in reality a brilliant sitcom that parodied typical soap operas. It was also one of the first roles for Billy Crystal. I remember seeing episodes on TV as a kid, but my mom got all the episodes on DVD and I enjoyed them all. 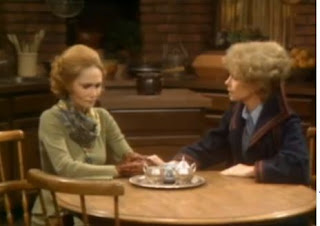 The two central characters are Jessica Tate and her sister Mary Campbell. Besides Jessica's habit of being a little goofy, they're the most "normal" characters on Soap. 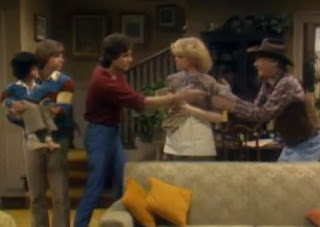 The two sisters also live much different lives. Mary lives in a regular working-class household where her husband Burt runs a construction company but later becomes sheriff and gets abducted by aliens. Her two sons Danny and Jodie Dallas also generate their own fair share of trouble. The funniest of the Campbells is Mary's step-son Chuck who treats his ventriloquist dummy Bob like a real brother. While Chuck is polite and courteous, Bob is downright rude and arrogant. 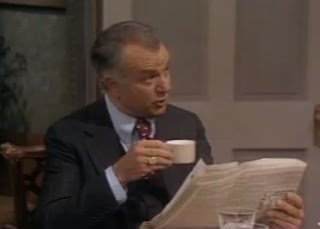 While Jessica's side of the family is in the upper-class. Her husband Chester may initially run the show, his arrogant attitude and his habit of finding girlfriends caused some memorable events. But his best moments is when he clashes with the butler Benson. 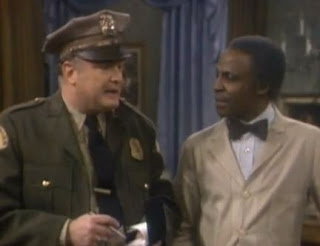 And Benson is the best character in the show, and he sadly left the series a tad early to star in his spin-off show called Benson which was also good. His wise-cracking, and bitter battles with Chester (and some others) were hilarious. 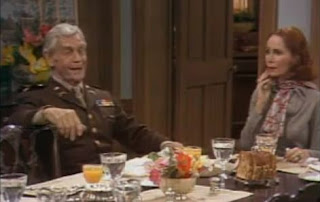 And not to forget Jessica's father The Major. He suffers from dementia (such as thinking Chester is a colonel in the Army), and his loony comments were very funny. It's a shame the show ended with a cliff-hanger that never was resolved.
Posted by Adam at 12:00 PM

I think I was too ignorant to really understand Soap.

I remember seeing a few episodes of this awhile back....it was funny!:)

I've never even heard of this show haha

It was brilliant! It was one of our favorite comedies, maybe THE favorite at the time. Thank you for the post, I enjoyed remembering how much I enjoyed it and may event get those DVD's.

I loved this show. I watched it regularly. And you are right, Benson was the best!

I have never heard of this series. I do think tv back then was a lot better than what we have now though.

you are indeed a classic lover huh

All the Soap characters were GREAT but I agree Benson was THE BEST!!! ✌️😘💋😍