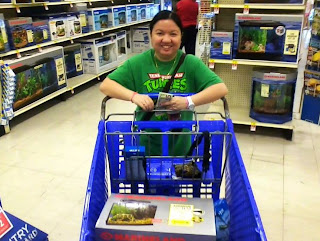 Back in October of 2012 I got my very own betta fish which was my first fish ever. Well Daisy has been very interested in getting her own fish lately for her house, and I was thinking about getting a bigger tank for mine. So I told Daisy if I got a new one (which is about double in size of the old one) that she could have my original tank. 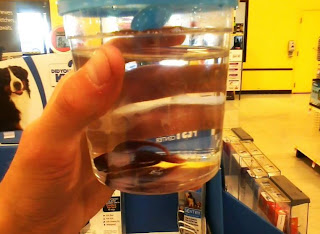 My betta fish is female, and I convinced Daisy to get a male betta fish. She named him Natsume to my suggestion as I feel silly giving fish regular English names like Fred, Jason, or George. My fish is named Yuki, and Natsume is also a Japanese name. The name was taken from an anime we're currently watching. I taught Daisy everything I know about betta fish, so hopefully she'll be able to take good care of him.
Posted by Adam at 6:04 PM

Knew they had to be from an anime haha

Nice names. They sound like sushi but surely won't have the same fate.

I love those names!

This is a neat hobby for you both!

wow, tho I never really like fish at my plate, I would like to have them as pet haha

The couple that gets Beta Fish together stays together :)

Congrats on the new fish Daisy!

just think you'll all be one big happy fish family!