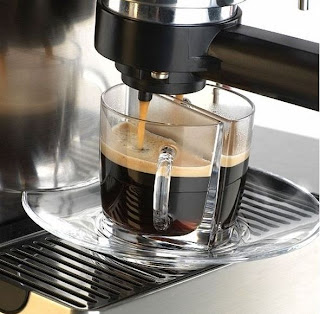 Evangelical conservative activist David Barton recently made a rant that true Christians can no longer enjoy a nice cup of a coffee at Starbucks. His rage comes from Starbucks' stance of supporting marriage equality. Now he's begging fellow Christians to find another place to get their cup of joe. David Barton is also famous for his works of history revisionism. His book The Jefferson Lies was voted as the least credible history book by actual historians.

But I have to point out to Mr. Barton that I don't see him rallying against any seafood places. As I hoped Mr. Barton payed attention in bible class that eating shellfish is a condemned in the bible as well. I also hope Mr. Barton and his supporters do not use a computer, or a smartphone as the father of computer science, Alan Turing was gay.
Posted by Adam at 11:59 PM

So much for love thy neighbor. In addition to being lunatics, these types of fanatics are very hypocritical, extremely judgmental, certainly not very good Christians and annoyingly self-righteous. "Let him who is without sin, cast the first stone..."

I support marriage equality, I enjoyed my favorite Starbuck's latte yesterday, and I do consider myself a Christian. Take that Mr. Wacko!!!!

There are a lot of reasons to condemn Starbucks (tax evasion, overpricing, market saturation), but marriage isn't one of them.

well people came there for their coffee not for their beliefs,
you would get to have a sip of that by drinking their products

It's dumbasses like him that make people like me think religion is a joke. I'm sure he isn't winning any popularity contests amongst his fellow Christians.

adam, you definitely brought up some good points.