Fact of the Day: Great-Nephew Bonaparte 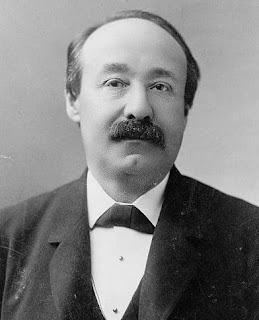 Charles Bonaparte may have been born in America, but he was also the great-nephew of the French Emperor Napoleon I. Charles may not has been as famous as his great-uncle, but he managed to serve in fairly important roles in the federal government. Since he shared similar progressive and liberal views of president Teddy Roosevelt, he was appointed Secretary of the Navy and later Attorney General.
Posted by Adam at 12:05 AM

Email ThisBlogThis!Share to TwitterShare to FacebookShare to Pinterest
Labels: fact of the day, france, Napoleon Bonaparte I, politics, Teddy Roosevelt

thanks for sharing this info!!

There is a Tahitian / Hawaiian family called "Napoleon" based on a liason with a relative of the emperor!

I know napoleon but not him haha

I haven´t heard about him before but it is really interesting to know his origins.Kisses:)

Thanks your info... Have nice wekend. :)

interesting facts. thanks for sharing!

Well, he certainly had an 'interesting' great uncle.

Thanks for sharing this! Have a nice day

Wow that's quite an interesting family tree to have :-)

Never heard of him, but I do know about the uncle :)