Fact of the Day: Uncle Sam 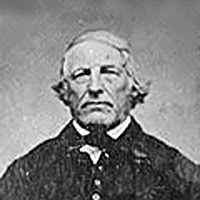 The personification of the United States, Uncle Sam was believed to be based on Samuel Wilson. During the War of 1812, he was appointed to ensure that the quality of meat consumed by the Northern Army during the war was in good-standing and properly packaged and labeled. Some soldiers knew of Wilson and his nickname "Uncle Sam" and his popularity and legend took off from there.
Posted by Adam at 12:31 AM

This is a really interesting fact. I have an answer for this name now. Kisses and nice day, Adam:)

I'd never heard this before. Very interesting!

put a hat on that fact!

Nice to know about uncle Sam :)

Good gracious! No kidding? I had no idea Uncle Sam was modeled after someone.