Fact of the Day: War of Deception 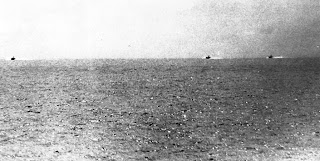 While the Vietnam War was already in effect, a conflict known as the Gulf of Tonkin incident was so grossly exaggerated that Congress granted President Lyndon Johnson the authority to assist any South Eastern Asian nation that was considered under the threat of Communist attacks. With that the war against North Vietnam escalated.
Posted by Adam at 12:03 AM

All wars are horrible and cause of disapointment of the human ability to solve a problem without violence whatever the cause .Kisses and nice day, Adam:)

reminds me of our history lesson...

Always some wheeling and dealings

That is all they are deception

Lying to get us into a war....past is prologue I suppose.

Was ANY war not started with some form of deception?

i'm glad because world war is ended.
by the way, thanks for your comment over my blog, i'm not too young to be a mom, hehe! I'm already 32 yrs. old! :)

I would love to see an end to all wars...