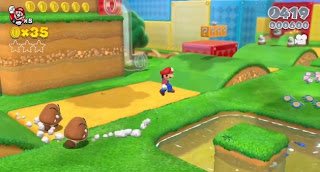 With a lot of stuff shown at this year's E3, I somehow missed the news on Super Mario 3D World. I just got finished with it's prequel Super Mario 3D Land a few weeks ago, but this time the 2D meets 3D game-play hits consoles with the WiiU. 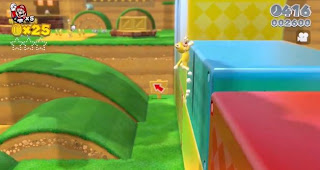 It looks similar to the style in the original 3DS game except with better graphics of course. There were two major additions though, the first was the new Cat Mario suit which allows Mario to climb walls and run differently. 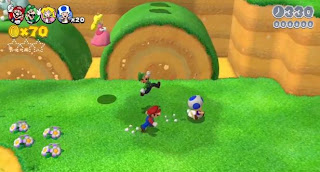 And the 2nd is the ability to have up to three other friends join a game. They take the team from Super Mario Bros 2 (Mario, Luigi, Princess Peach, and Toad) and they all have their own unique abilities. I loved the original game, so this looks even better.
Posted by Adam at 4:00 PM

As a man who's about to turn 30, let me just tell you that I plan to not only buy this game, but I plan to play the absolute crap out of it, especially in multiplayer mode with the wife.

Maybe that makes me a huge dork, but everyone can argue about XBox One and PS4 all they want. Meanwhile, I'm going to be too busy playing as Cat Mario on my Wii U.

I love this game!
xx

wow, I always used to play Mario when I was younger. Now I would like to play it again :)

Like the four player thing, will surely give it a go

well, mario need such innovation to cope up

I'm stoked that Nintendo decided to pay some more homage to Super Mario Bros. 2. I was a bit underwhelmed until I saw Luigi, Peach and Toad with their unique abilities. Really looking forward to this game.