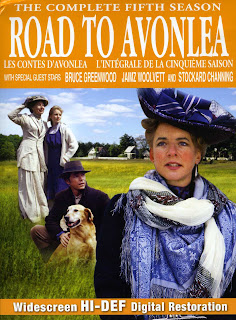 Since last year, my fiancee and I have been watching Road to Avonlea. It's related to the Anne of Green Gables novels, and is about the lives of the King family who live in a small community on Prince Edward Island during the very early 20th century. We had liked the previous four seasons, so five was a no-brainer. 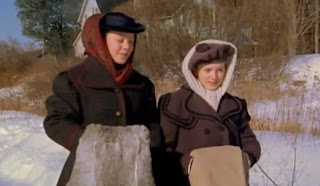 This was also the last season featuring Sarah Polley as Sara Stanley. The show started with Sara as the main character. But as more as it moved along, she became more and more distant. Polley had wanted to leave the series, and it was rather sad to see her last main story-line be a rather lame relationship to a minister's son. 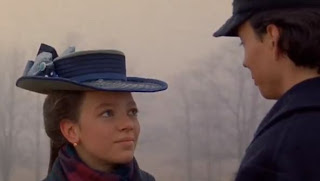 This season mainly focuses on Sara's cousins Felicity and Felix King. Felix is becoming more of a man, and is doing very well working at the White Sands Hotel. While Felicity is making  hard life choices like whether to marry Gus Pike or enter medical school. 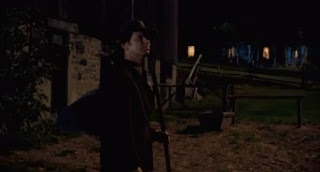 But ironically, this season had some of my favorite episodes. I really liked the story about the mysterious farm-hand with a troubled history but a good heart. I also thought they handled the episode where Cecily King catches tuberculosis very well. Even though the show really has changed since the start, I will stick with it until the end.
Posted by Adam at 12:00 PM

Hi Adam! What a surprise to find this post. I haven't seen this series, but I will have to check it out. My father's people come from Prince Edward Island, and my grandmother MacBeath was a second cousin to L.M. Montgomery. I spent parts of my early childhood in PEI, and two of my sisters were born there. Avonlea is actually Cavendish, and I used to play on the dunes and swim in the ocean there. I'm delighted that you and Daisy have enjoyed this series together!

I haven't seen this series, but I did love Anne of Green Gables when I was in school!

I'd never heard of this series. It looks good though.

I never really like period movies but this seems interesting

i didn't know there was that many seasons of the show.