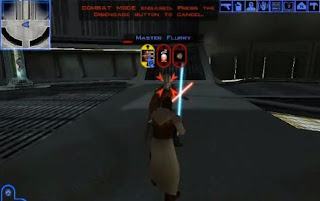 Even though I don't have an iPad I was delighted to hear that one of the best Xbox games (and was also on PC and Mac) Star Wars: Knights of the Old Republic arrived on the iPad. While the control was criticized , IGN did give it a good score. I urge all Star Wars fans who haven't played it yet to perhaps give this one a try. It's my personal favorite Star Wars game of all time.
Posted by Adam at 1:15 PM

Cool beans. I am not good at these kinds of games. Anything that involves gamer skill and I am out for the count.

I don't know this game, but last week I was in Kotor, a fantastic place.

wow, so i bet it works on ipod too, better grab that,
anyway I was currently addicted to a DC game, "injustice"

If it was for Android I might have given it a shot :<