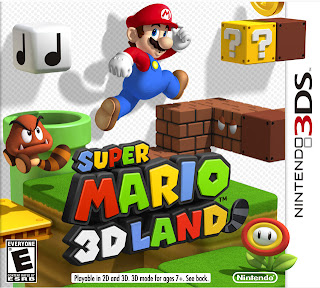 When it comes to video games, very few platformers can rival Mario. I had been jumping on goombas and using warp pipes since I was 2 on the NES. Now almost 23 years later, I'm still enjoying adventures starring Nintendo's favorite plumber. Super Mario 3D Land is the first Mario game to hit the handheld, and I couldn't resist eventually getting it. 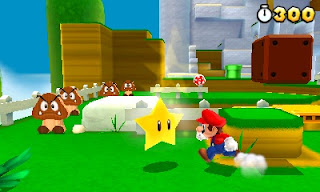 What I was most excited about was that this one of the most unique Mario games in years. It combines 2D and 3D game-play quite beautifully. When I first heard of the concept of mixing the two views, I was a bit worried but it actually works very well and the shifting back and forth is very seamless. 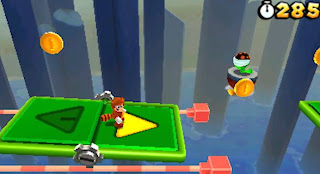 The concept of the game also provides some rather creative levels. While most worlds in other Mario games kept a similar theme, each stage in 3D Land is hard to predict. Which isn't such a bad thing, as I enjoyed a lot of variety. I just wished there was more variety in the boss battles, and the power-ups. The only new power worth nothing is the boomerang suit, and you don't get to use it that often. 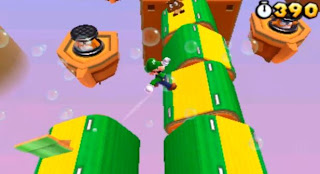 Also worth concerning is that Super Mario 3D Land doesn't take terribly long to finish. While there are special bonus levels, and the option to play as Luigi after you defeat Bowser's true form; it won't take more than a few days to get to the final stage. It's also terribly easy, as decent challenges won't appear until the final levels. But despite my criticism, I really think 3D Land is a great choice for anyone with a 3DS. I wouldn't mind seeing a sequel.

I don't play video games, but I know Super Mario, Adam. This video hero is also in the Netherlands well known. Have a nice week. Greetings, Joke

Whatever gives you pleasure, keep it up. I never got into those games.

super mario will forever be a favorite!

Been around for ages indeed, played him all my life too

well such a nice innovation! im sure kids and kid a heart will love that