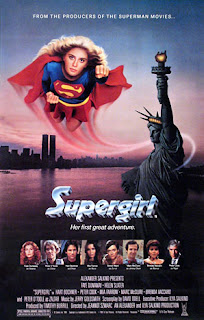 With the new Man of Steel movie coming to theaters soon, I thought I watch the old Superman films. While the first two Superman films are cherished and well remembered, I was shocked to learn that his cousin Kara Zor-El also got a movie of her own. And I learned that was a big red flag. 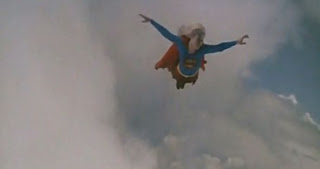 The film starts out in the Kryptonian community (which survived the destruction of their home planet) of Argo City. Superman's cousin Kara Zor-El is given the chance to examine a powerful sphere that powers the whole city. But in an accident, it is blasted out of the city and towards Earth. Kara follows soon after it, and when she arrives on Earth, she notices her new super powers thanks to the Earth's yellow sun. 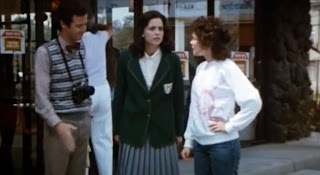 She almost instantly becomes Supergirl, but later adapts the human persona of Linda Lee when she isn't ready to be a super-hero. Through both her role as Supergirl and Linda, she discovers the powerful sphere is now in the hands of a witch named Selena who uses it to multiply her strength. Even though she has powers that rival Superman's, she must use all of her skills to counter Selena's magic.

While I've always liked the character of Supergirl, her movie is pretty mediocre. The plot barely makes sense, and some of the scenes are laughably stupid. And to make matters worse, is that despite her super-strength Supergirl somehow turns into a damsel-in-distress a few times. I also loathed that her nemesis is a witch, and it makes me wonder why they couldn't just use a well-known villain from the comics. Kara Zor-El may be beautiful and sweet, but her movie is total garbage.
Posted by Adam at 12:00 PM

What?! I loved this movie! How can you go wrong with Peter O'Toole?...:P

haha better off watching her in smallville

thanks for your review! I have never heard about Supergirl :)

I have not seen this movie! but I pointed it, thanks!

wow never thought there had been a supergirl movie before