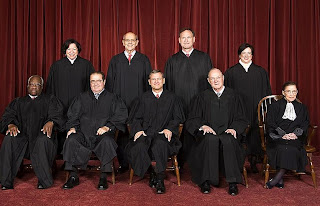 Today the Supreme Court announced its decision on the two biggest cases for marriage equality in history. Both the Defense of Marriage Act (which prevented the federal government from recognizing gay marriages) and California's Proposition 8 were declared unconstitutional. 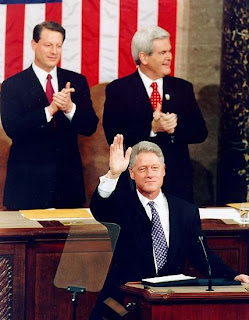 Among the supporters of the decisions was Bill Clinton who ironically actually signed the Defensive of Marriage Act into law. Clinton admitted that it was one of his biggest mistakes as president as he fell under the pressure of a more social-conservative time. In recent years Clinton has been of the most vocal supporters for the law to be repealed. 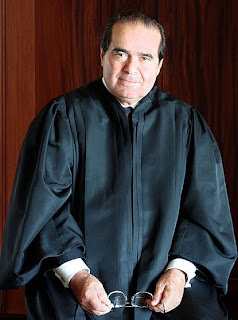 Unsurprisingly there were also some notable voices with bitter views on the decision. The first was the Supreme Court justice Antonin Scalia who voted against the ruling. He went on a rather bizarre rant about the case  Lawrence v. Texas extending into marriage rights, and said the decision is better left up to the people, congress, and the states. 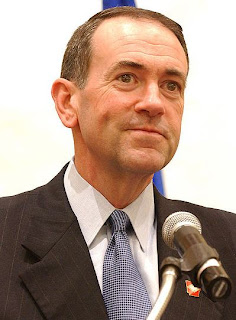 Also worth noting is former Governor Mike Huckabee's response via his Twitter page. His first statement had him claiming Jesus wept at the decision. Then he mocked the Supreme Court by implying that they did not have the authority to over-rule Congress or voters in California. Except for Huckabee's case, the Supreme Court does have such authority to decide such cases since the early foundations our nation. I guess he fell asleep in his 6th grade social studies class.

The decisions actually came out like I expected them to with both ending in 5-4 rulings in favor. Equal rights were not extended beyond the cases of DOMA and PROP8 which is unfortunate. However marriages are now legal in California because of this, and so is federal recognition. Hopefully one day soon that all people regardless of orientation can marry the person they love.
Posted by Adam at 11:58 PM

Hear hear...I was hearing about this but had trouble finding news articles on this...luckily I could read your blog!

Slowly something seems to be getting done

That is good news. Also, it's quite arrogant to think you can speak on behalf of Jesus like he's your pal.

Wonderful! My my lesbian cousin who lives in CA can have the rights the rest of us do. Yay!