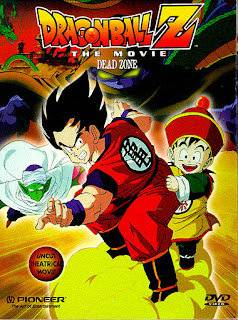 Even though they do a terrible job fitting into the Dragon Ball Z story time-line in terms of making sense, I do remember liking a lot of the original movies. The first Dragon Ball Z movie was Dead Zone which was suppose to be a precursor to the plot before Raditz lands on Earth. 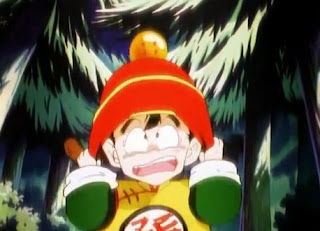 It actually mimics a lot of the plot of Raditz's conquest of Earth.  Instead a evil demon named Garlic Jr. attempts to avenge his father (who was defeated by Kami) from ages ago. He takes Goku's son Gohan for he has the four star Dragon Ball. Once he gathers all seven, Garlic Jr. has the dragon Shenron grant him immorality. 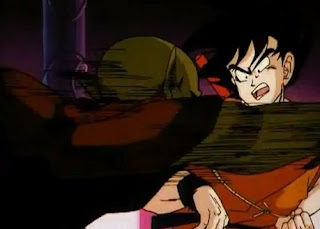 Goku and Piccolo go after Garlic Jr. in an attempt to save both Kami and Gohan. They are met by Garlic Jr.'s minions, but are later overwhelmed by the fact that Garlic Jr. can never die. And he can also transform into a giant, and can summon a vortex with a point of no return called the Dead Zone. 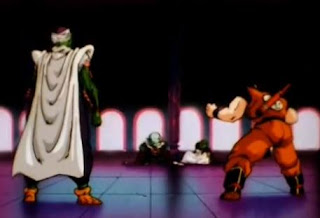 While it's not the greatest Dragon Ball Z movie, I did really like it back in the day. It's also one of the few movies you really have to watch as Garlic Jr. returns later in an anime-only saga after Freiza is defeated.
Posted by Adam at 12:00 PM

well dragon ball has been our childhood favorite here haha