Fact of the Day: French Canada 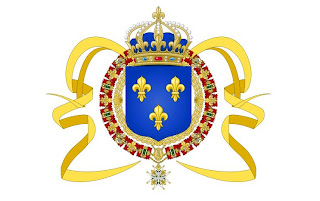 Despite the nation of Canada originally being a part of the British Empire, most of the eastern lands of Canada once belonged to France. The land (along with parts in the modern-day United States) were part of a colony known as New France. After the Seven Years' War, France let Great Britain annex all of New France except Louisiana. The main reason why Quebec still speaks French as their official and most widely spoken language.
Posted by Adam at 12:04 AM

I love the views at canada

It is part of history .
In concern at your comment in my post of yesterday I wanted to tell you that you are so lucky to live in such a lovely state as North Carolina .Landscapes are incredible.Kisses and nice day, Adam:)

Lovely fact, you can't beat them.

Never know what you'll get

And Canada has two official languages: French and English

Buy something canadian and you get french and english packaging

French colonists, explorers and fur traders were incredibly important in the early days of North America. If you ever get a chance to visit Quebec, go! It's a wonderful place.

I actually live in South Carolina right near the state border, the place in NC I was referring to is close by.

yes but the separatist movement is not supported by all people of Quebec. The main party that wanted separation had their worst elections ever the last time they voted.

Yep, and you know that many people are not aware of this fact?
Don't Call Me Fashion Blogger
Facebook
Bloglovin'

Interesting. Would love to visit Quebec one day.

I'd like to visit Quebec too one day. It looks like a very beautiful city. I have been up to Canada several times over the years and think the people there are very friendly.

I am also looking forward to exploring South Carolina more as that I know is also a very beautiful state and the people are just as nice and friendly.

Lovely and interesting post again Adam. I'm going to read the others that I missed since my last visit.

Thanks also for stopping by my blog and leaving such nice comments. Have a great week.

Yes... i already knew this, interesting.. Have a nice week Adam

Be nice not to have seperate packaging on everything for french and english. They are rather ummm stick up their butt there too. Every other province has to have english and french, but not them, just french is fine.

I really, really want to visit Quebec this summer. Not sure if that is going to happen, but man do I want too.

LOL at Holy's post. Come to America and you get English and Spanish packaging. Guess it's not much different in other countries.

wow never heard of that

That's where many of my relatives comes from: French-speaking Canada. :)