Fact of the Day: Ted Canada 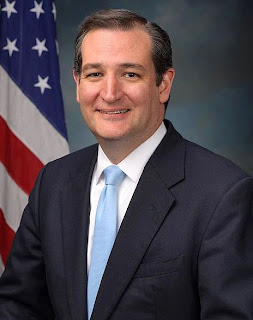 Despite popular support from conservatives to run for President of the United States in 2016, Senator Ted Cruz (R-TX) (who just assumed office in 2013) was actually born in Canada. Though he may qualify as a natural-born citizen (the U.S. Constitution isn't very clear on what qualifies as person as such) to run for President as his mother was American.
Posted by Adam at 12:00 AM

A partial Canadian as president? Good enough for me.

Wonder if Donald Trump will harass him the same way he does with the current Prez over his birth certificate etc if Mr Cruz makes it all the way to the top? :-) Take care
x

It's a great satisfaction for Canadians!!
xx

I expect that will have to be sorted out.

I'm A OK with him running.