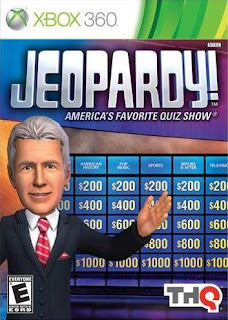 Just recently a South Carolinian named Ben Ingram became a bit of a local celebrity when he appeared on the game show Jeopardy! He ended up winning eight games which is quite impressive. It also got me thinking about Jeopardy and was wondering if there was a Xbox 360 version of the show yet. I found out they had made one in 2012, and I was more than eager to get it. 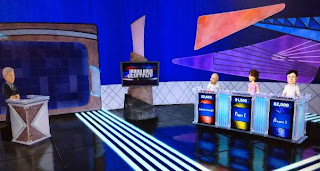 You can't expect too terribly much from Jeopardy games though as they try to re-create the experience as much as they can. I remember the NES, GameGear, and N64 versions trying their best, but were very basic by today's standards. But the Xbox 360 version has the graphics, sound, and many questions to make the game even better. 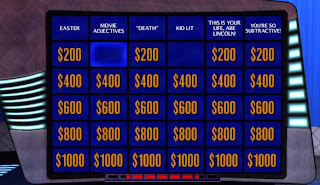 They actually use real questions from actual episodes of Jeopardy, and many of them are just as challenging as they are on TV. Luckily there's an easy mode which will let you choose from multiple choice answers. I could do pretty well without the easy mode but the classic way of spelling answers becomes way too frustrating after awhile. I played a few matches with my fiancee Daisy, and she tried to guess her way to victory and often lost most of her score.

Overall I'm very happy with this modern video game adaption of my favorite game show. My only gripe is that I could never find a single person to play against online. Fans will love it, though I could imagine anyone who isn't won't be won over easily. I wouldn't say Jeopardy on 360 is remarkable, but it still is a lot of fun.

You would be so good at this.

Graphics become clearer and crispers and may even enhance the way the game is being played with a more powerful processor in store https://xboxlivegoldgratis.com.mx/