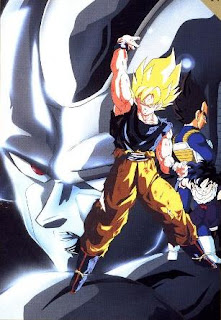 While it didn't make it to the United States until 2002, this was a decent sequel to Cooler's Revenge. While it did feature Frieza's brother Cooler, it was obviously inspired by the Androids Saga in the main story-line. 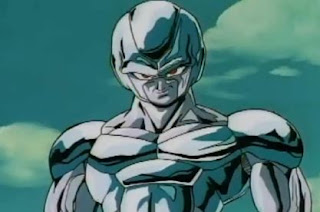 The story starts with Dende sensing trouble on New Namek. Goku arrives on the planet to solve things peacefully. He is shocked to learn that Namek's newest enemy is none other than Cooler. He has miraculously survived their fight, and now sports a new metallic form. 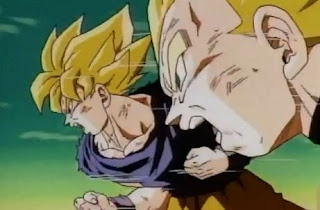 Except he is much stronger than last time, and it takes both Goku and Vegeta as Super Saiyans to challenge his power. Though once Meta-Cooler is destroyed, an army of Coolers arrive to outnumber the Z Warriors.  The Super Saiyans must figure out how to defeat Cooler and save New Namek. 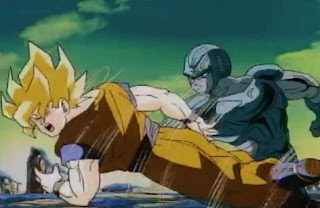 I thought the multiple Cooler thing and his true form was a little stupid. But it was a decent movie. I wished they had it on somewhere other than New Namek. I got sick of Old Namek during the Frieza Saga.
Posted by Adam at 8:00 PM