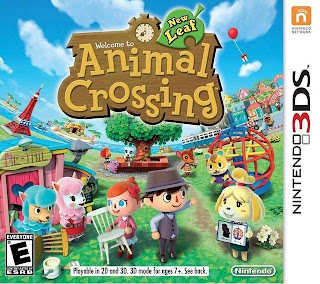 I was a huge fan of the original Animal Crossing on Gamecube. I remember seeing it for the first time as a Japanese-only N64 game called Animal Forest. They gave it a chance in America, and it did very well. I was a bit disappointed in Animal Crossing: Wild World so I ignored the Wii Animal Crossing called City Folk. It's been almost 8 years since the DS game, so New Leaf really appealed to me. 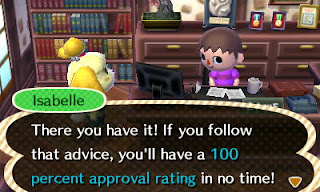 What makes this game stand out apart from it's predecessors is that Tortimer is no longer mayor, you are!  When you arrive, the villagers mistake you for the new mayor moving in (who doesn't show up) and you gain the role whether you like it or not. As mayor you can customize your town with new public projects like a new bridge or even the chance to renovate the museum. 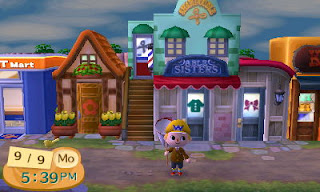 But despite your power as mayor, the game is basically the same as the previous titles. Except many places and characters have changed from earlier games. Such as Tom Nook becoming a realtor, Dr. Shrunk is no longer a comedian, Tortimer retiring to a tropical island, and most of the boutiques featuring new additions and surprises. 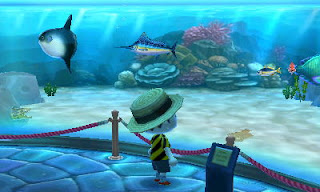 While it isn't that drastically different from it's predecessors, they really improved many of the issues I had with the first two games. Everything is better, and there are just endless things to do. Newbies to the series will be amazed, and there is plenty of new stuff to keep Animal Crossing-veterans motivated. While there is still room for improvement, New Leaf totally soared past my expectations.

Last one i played was the first

A nice way to spend part of the holiday, watching Animal Crossing.

I used to play the one on Gamecube with my kids, and I really enjoyed it. My daughter and her friends love this game; it's very popular with them. But I haven't tried it to see what it's like. Too busy blogging!

My daughter's LOVE this game! It is certainly a favorite of theirs!