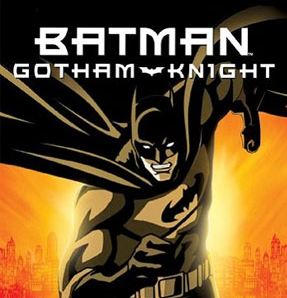 As many of you know I'm a big Batman fan. So I've been meaning to catch up on many of the Dark Knight's animated movies. I overlooked Batman: Gotham Knight as it's a collection of six (related) short-stories set between Batman Begins and Dark Knight. They also worked with a Japanese studio to give the animation an anime-inspired look. 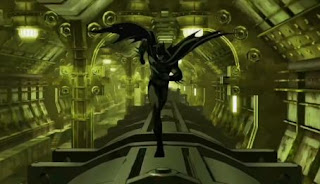 The six mini-films are all part of Bruce Wayne's early struggles to become Gotham's greatest protector except the first. It's a short story about the imagination of four teenagers who describe their eye-witness accounts of Batman. 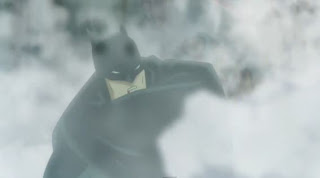 The rest fit between Batman Begins and the Dark Knight. It shows some of Bruce's training to become a better fighter, but also gives more a glimpse of Gotham's darker side. It features two Batman villians, Killer Croc and Deadshot. Both of whom give Batman quite the challenge. 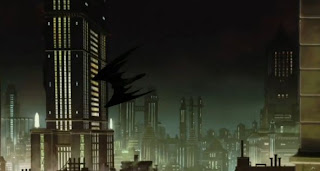 Overall while I liked the art style, I didn't dig Gotham Knight terribly much. The non-central story doesn't make it very appealing to me. I also thought that only the last story was really excellent. It had some potential but this is far from the best adventure for Batman.
Posted by Adam at 2:00 PM

I know it, a Batman lover.

Interesting review! I find Dark Knight really interesting, and I'd imagine that it's hard to beat.

ah my son Love Batman so much!

Batman to wspaniała postać z filmu. Pozdrawiam.
Batman is a great character in the film. Yours.

This was an awful movie, barely got through it

My son never liked this one either

I loved the first Batman but haven't seen any others....
Thanks for the review...

I've always loved Batman more than any superheroes, mainly because of the dark theme. Honestly I appreciate batman more in animation than in live action. I haven't seen this one. But I think I'm going to like it.

movie365
- First, and foremost, this show knows what it is, and it plays into it: The plot's are bad, and contrived; the action is over the top: really, it's your classic superhero romp. Whereas most superhero shows try to take themselves seriously and fail, this show pretends to take itself seriously, and as a result, the viewer can readily disregard the notion of ever needing to think too hard about the plot, and that's exactly what I love about Gotham: it's not a thinking show, it's a fun show: you can sit back, suspend your disbelief, and just have some fun.
See more:
hd movies online free
watch swiss army man online free
watch super troopers 2 online free putlockers
death wish putlockers