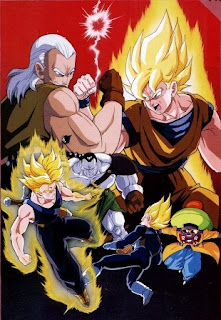 Though it didn't make it to the United States until 2003, I somehow missed Super Android 13! when it first came out. I remember seeing all the new androids featured in the movie in one of the Dragon Ball Z games and wondering who they were. 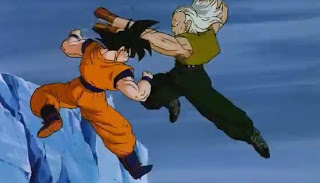 While it makes little sense (like most Dragon Ball Z movies) with the main story-line of the anime, it's set after Android 17 destroys his creator Dr. Gero. While Gero died, he created a super-computer with his own personality. The computer creates three new Androids, and the first to arrive to meet Goku are 14 and 15. Though the strongest Android 13 arrives shortly after. 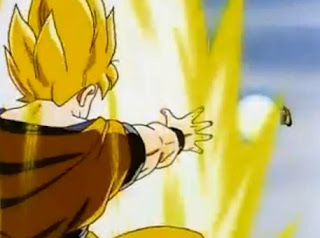 Goku leads the androids to the frozen lands of the arctic, and is eventually joined by Future Trunks, Vegeta, Piccolo, and Gohan in the battle against the android trio. After Goku, Vegeta, and Trunks transform into super saiyans they become too much for even 13 to handle. When 14 and 15 are defeated, 13 absorbs their power and transforms into a super android. Then it's up to the Z Warriors to defeat the mighty foe. 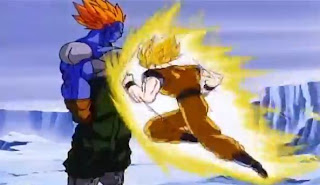 While I liked most of the Dragon Ball Z movies, I thought Super Android 13! was rather boring. The new androids are rather hideous (ironically a comment Goku makes), and the powers of both the saiyans and the androids are very unbalanced. Overall it's very dull and I suppose their creativity was rushed to keep up with the story in the anime.
Posted by Adam at 12:00 PM

Thanks for the review! Never been much of a fan but will tell a friend of mine who adores anime/manga.

androids they were so cool especially 18 and 19, as for him 13 i never knew he exist