Fact of the Day: NATO 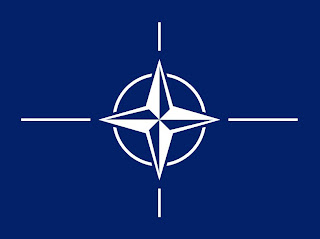 The North Atlantic Treaty Organization known simply as NATO is a treaty alliance of the United States, Canada, Greenland, and most of Western Europe. The alliance started shortly after World War II, and stood as the Western counterpart to the Soviet Union and it's allies. The one thing that's kept the treaty important for its member countries is that an attack on any NATO country is consider one on all. Though the most serious defense rule (which calls for all members to work together) has been used just once after the events of September 11th, 2001.
Posted by Adam at 12:00 AM

It is reassuring to know that there is a place where countries can meet to work together unless somebody says, "You're with us or against us."

Hopefully no need for it again

Thanks for the info! Interesting!

Hoping, like Pat above, that we never need it again.
Thanks for this interesting tidbit.