Fact of the Day: Princess Zelda 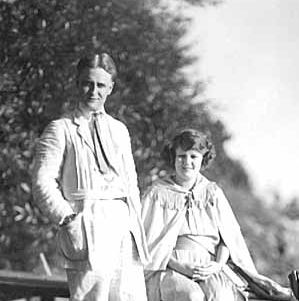 Nintendo's popular The Legend of Zelda series is named after writer F. Scott Fizgerald's wife Zelda. The two became celebrities after their success with books. Zelda creator Shigeru Miyamoto explained the decision with this quote "Zelda was the name of the wife of the famous novelist F. Scott Fitzgerald. She was a famous and beautiful woman from all accounts, and I liked the sound of her name. So I took the liberty of using her name for the very first Zelda title." and the rest is history.
Posted by Adam at 12:00 AM

Email ThisBlogThis!Share to TwitterShare to FacebookShare to Pinterest
Labels: fact of the day, Nintendo, zelda

An interesting fact, Adam! Thanks for sharing!

Zelda is a special name, even in my opinion. It sticks to your mind :) And I love Fitzgerald's work! Thank you for your kind comment on my blog! Today we have 26 degrees, so it still keeps on getting warmer!

WOW, how interesting. I always thought Zelda sounded like a dog's name rather than an actual name.

That is interesting! I had no idea. I love the Zelda games.

I didn´t know this but I have heard that Robin Williams´ daughter was called Zelda because of the computer game. Kisses:)

And finally.....a reason for a mother to actually like a video game! Thanks.

I didn't know that! I love playing Zelda haha

Wow! I didn't know that! Thanks for sharing!

that actually is my dog's name. Zelda is my favorite series.

Really? I didn't know about this

I had a cat named Zelda after his wife :) But she was far from beautiful. She was a bit insane and wanted to become a ballerina all her life, even though she was too big and too overweight for that. She died when she burnt down in a fire in the asylym she was locked in.

never thought of that