Fact of the Day: Vermont Republic 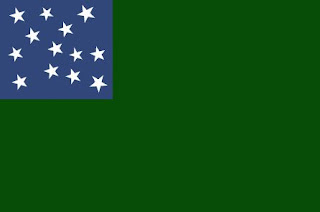 Even though Vermont and its people fought for independence, and considered themselves Americans, they were not part of the original 13 states. Due to a boundary dispute from New York, Congress failed to recognize Vermont as a state. From 1777-1791 it existed as it's own republic, but most citizens wished for Vermont to join the union, and they later got their wish when it became the 14th state.
Posted by Adam at 12:00 AM

Email ThisBlogThis!Share to TwitterShare to FacebookShare to Pinterest
Labels: fact of the day, Vermont

Thanks for sharing this, Adam.

Nice for then to be recognized as one of the states:)

how interesting! did not know!

Interesting that it took so long.

they could've been US Monaco or Luxembourg :)

I haven't thought about Vermont in...well...ever. Thanks for the info.

The Republic of Vermont...interesting! I've always wanted to visit Vermont.

I've only driven through the area, but it looks really nice.

Interesting! Did not know that.

that was quite sometime ago

thanks for the info

Sicne I did not retain a lot from my history class, glad you are giving me a refresher course.

Haven't been to Vermont, but glad they finally got to become a state :)

P.S.: Thanks for your lovely words on my last post!