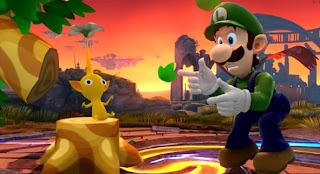 Mario's brother Luigi is now officially joining the ranks of the next Super Smash Bros. game, but is anyone surprised? He's been in every game since the original, and he's too popular for Nintendo to ignore. 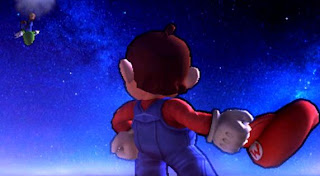 They also showed what he looks like in the 3DS version. Seems he realized his place in the sibling rivalry.
Posted by Adam at 6:00 PM

haha yeah he was a safe bet

How could you ignore Luigi? He's certainly the more interesting of the brothers anyways.

I used to love this game. Haven;t played in YEARS!

It would be ridiculous to leave out Luigi!

Luigi's name alone is more interesting than Mario's. It's about time.

well i guess a lot was grateful for such news