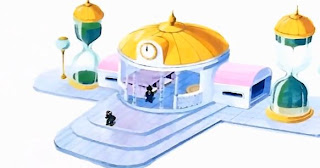 One of the coolest moments of the later-part of Dragon Ball Z was the Hyperbolic Time Chamber. It was a unique training arena where one day on Earth would be one year in the chamber. The first two to use it were Trunks and Vegeta who emerged as strongest characters at the time due to their increased strength as Super Saiyans. Though they were quickly outmatched when Vegeta let Cell absorb the Androids.

The next were Goku and Gohan, with Gohan not only becoming a Super Saiyan but quickly matched the power of his father. They were the only two that didn't return to the chamber for a second time. 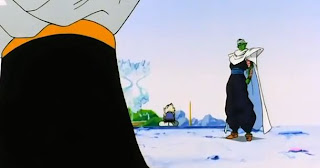 I was surprised to see the Chamber return in the Majin Buu saga. It allowed Goten and Trunks to train as the fused Super Saiyan Gotenks. Then they end up battling Super Buu in the chamber as well. Then when Gotenks pretends that he's too weak to win, Piccolo destroys the door out. Which was genius and clever. 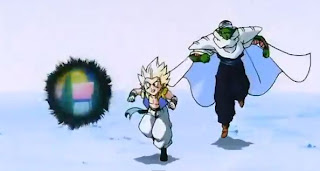 Then Super Buu escapes by creating a portal during a temper tantrum. I thought that was a rather lame how it ended though. 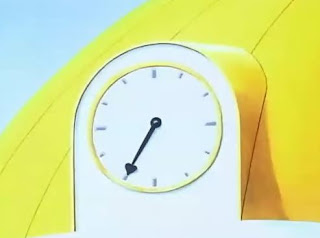 Its Japanese name is 精神と時の部屋 (Seishin to Toki no Heya) meaning "The Room of Spirit and Time". Which I think is a better name for the chamber.
Posted by Adam at 11:19 PM

The chamber was a really good idea

I never did get into Dragon Ball Z. Sounds like a neat chamber though.