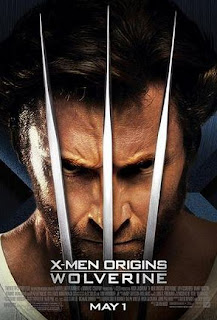 I had originally ignored X-Men Origins: Wolverine back in 2009, but I heard the newest movie The Wolverine was a lot better. The film is about Logan's early life and how he became Wolverine, and I figured I might as well see his origins tale. 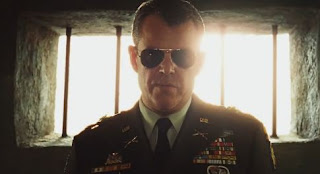 It starts out in 19th century Canada where a boy named James Howlett discovers he's a mutant after a family tragedy. Unwanted in his town he flees with his half-brother Victor who also shares his special abilities. The two brothers eventually learn that they are nearly immortal, and spend a century fighting many famous wars. During their service in Vietnam, Victor lands them both in trouble. Major William Stryker offers them freedom if they join his special team of soldiers who all happen to be mutants with extraordinary abilities.

They join the team, but James (who will adopt the name Logan) leaves after he can no longer put up with the horrible missions. His brother is furious, but nobody stops him as he flees to a normal life in Canada. He lives peacefully for years, but his brother Victor murders his girlfriend Kayla for his desertion. Logan is informed that old members of the team were also defeated by Victor, and is given a chance to bond with a strong new metal to gain the edge against his evil half-brother.

Overall Origins: Wolverine was a little bit better than I expected. Hugh Jackman's performance as Wolverine is top-notch, and there is a decent story taken from its comic book origins. Though everything else is a bit cheesy, the special effects are often laughable, and the final battle ruined one of Marvel's best characters. It's far from the worst Marvel film, but it's a joke compared to the original film or First Class.
Posted by Adam at 2:00 PM

Here in Italy everyone is talking about this movie!

I also love the X-men but have not seen Wolverine yet. I have bought the DVD.

I have this movie on my PVR but haven't watched it yet. I know it doesn't get many rave reviews but hey, I like Wolverine so I will watch it. Thanks for your take on it!

It had its strong points

I've watched the first one and I'm excited to see this new film!

Beats X3 anyday, but then that doesn't take much

This movie is one of the best movie I watch in 2009. I watch online whole movie with my classmates. This is an amazing experience for me.